“Guys, don’t choose the wrong way. You could like it” 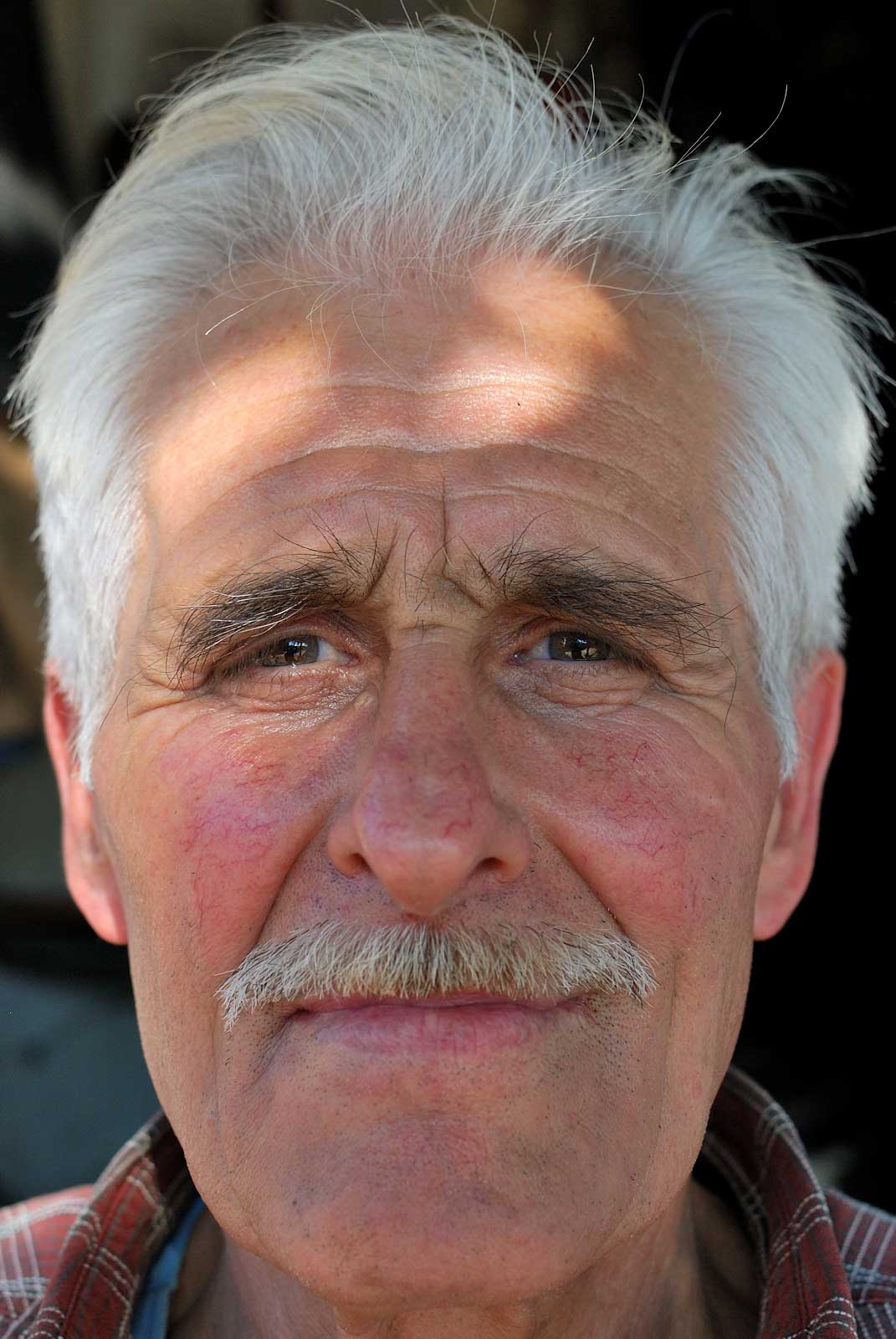 Myg, the “Magazine for youth generation” of Info Front association we have worked for in the last weeks, is almost ready to be published.
Here I post the interview I made to Simon Bidjoski, a 70 years old man who, after the retirement, continues to do his hobby. He’s a craftsman of metal, it can be said.
When I pass in front of his workshop I use to pet his little dog. This is how we got to know.
Now Simon and I are friend. When we meet, he always asks me if I want a coffe. Since he’s a very nice person, I thought he had to be the first to be interviewed for the column “People of Prilep” I write for the magazine.

The workshop of Simon in Andon Slabejko road is a mass of tools, pieces of iron, small plastic cans, machinery to cut and perforate metal. “There’s too much chaos”, he says, but then he raises the eyebrows and stretches the arms, as to say “what can I do?”.
Actually, he doesn’t need to tidy up. He moves in the small workshop with amazing agility, giving the impression that he could do it with the closed eyes.

Simon accepted to talk about his life. Kyrro (my translator) and I sit outside with him, in the shade of the tree to which Negro, a six months old black dog, is fastened. “He’s medium intelligent – his owner says – but he’s not so dirty and he respects me. This is the important”. 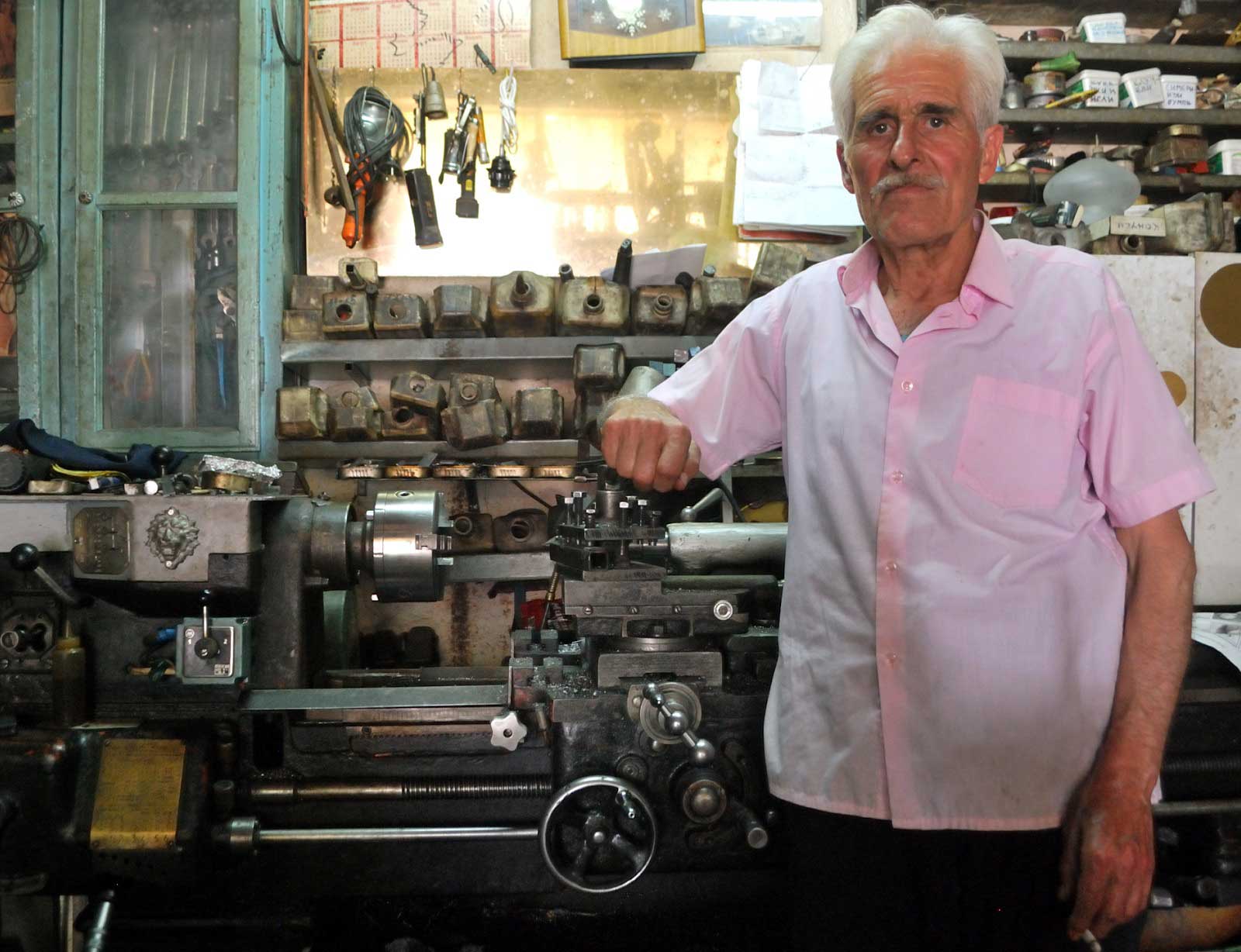 Simon, what was your job?
Until 2008 I worked as treasurer at the museum of Prilep. I was employed there in 1972, but I’ve always done the craftsman, before, meanwhile and now.
What did your parents do?
My father was the first director of the marble factory, my mother was an housewife, and as all the people of Prilep, they grew tobacco.
When did you start your job as craftsman?
In 1965, I learnt to work doing the assistant. In 1979 I bought this workshop. It was a second job, today it’s a hobby.
Have you always lived in Prilep?
Yes, it’s the place were I was born and lived. When I worked for the museum, I travelled in the villages around.
What is your best memory of the museum?
In 1975 there was an international archaeological symposium here, and the director of the museum became the president of the world archaeological organization.
What is in your opinion the most interesting thing in the museum?
A prehistoric altar which was used to sacrifice animals.
What do you like of Prilep?
The excursions you can do around, the old bazaar and its life, the humour of the people.
What do you dislike?
I’d like there were more cultural events, as before. For example, every year painters of all around the world met here. They stayed at the Archangel Michael monastery.
How many close friends do you have?
Eight. We have been friends since the childhood. On Mondays we went to the restaurant, even after we got married. Nowadays, we meet at my workshop on Saturdays to have lunch together.
What is the funniest memory that you share with your friends?
In 1963, two days after the earthquake in Skopje, we partied to greet a friend who was going to the military service. We were coming back at home, it was 5 am, and one of us entered in a car. At that time, nobody locked the car. So we all entered in the car, but we didn’t want to drive.
What did you wa 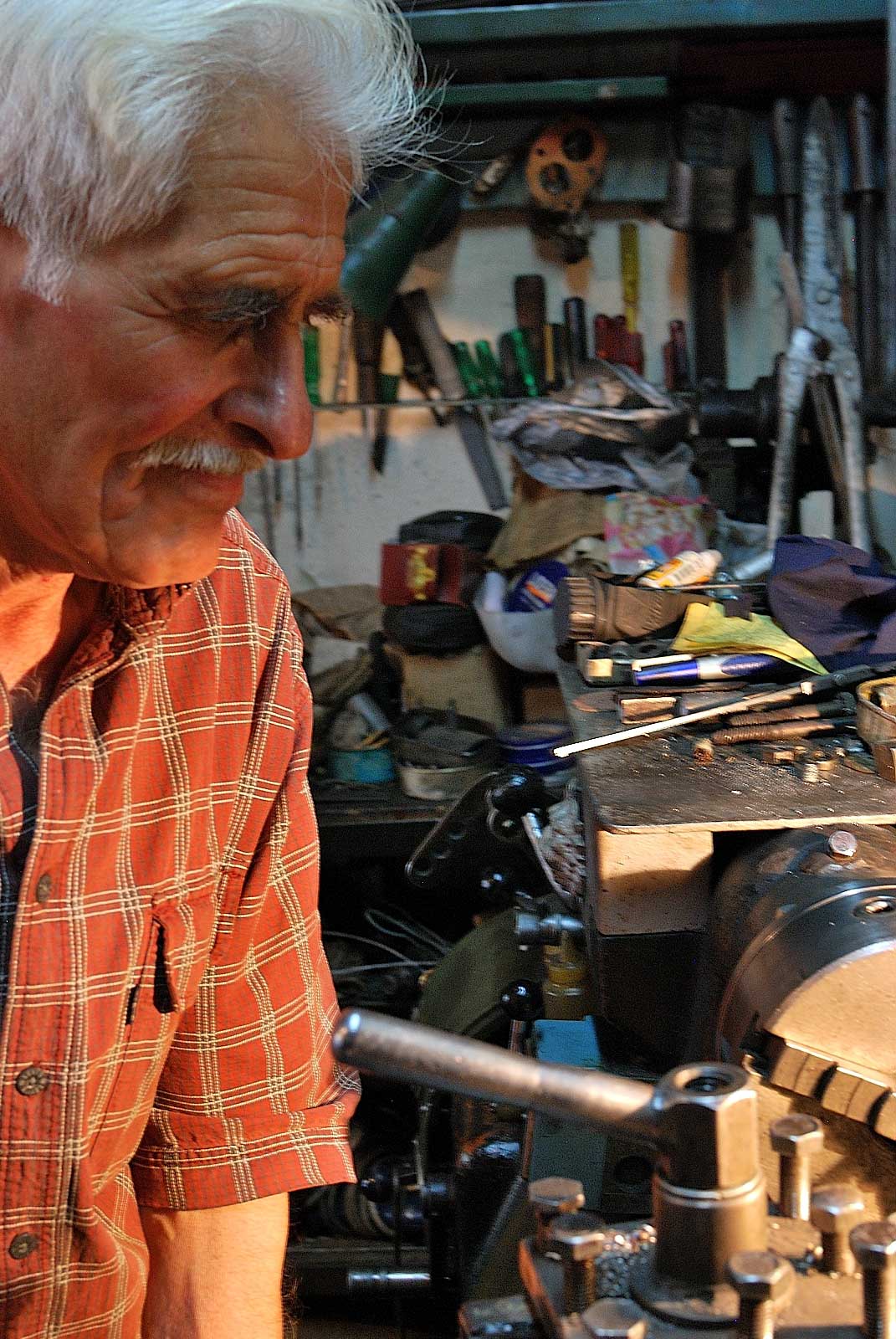 nt to do?
Simply, we were completely drunk! It happened that the owner of the car saw us and he called the police. We spent one day in the jail. It was a nice experience, since we ate the best beans of our life!
Can you give a definition of youth?
It’s the most beautiful thing, because it’s freedom.
Is there something of the young people that you can’t understand or accept?
No, every new generation has its own rules. This is the life.
Can you give three advices to the young people?
First, you have to study. Then you have to respect the recommendations of the older people. Third, you have not to choose the wrong path, because you could like it.
What has been the most beautiful thing of your life?
My marriage, because it was the starting point of my family.
And the worst?
The death of my wife.
Is there something you regret?
I didn’t go to the university after the high school and I didn’t build a house in the land I have outside the city.
Is there something you would change of your life?
To become older and older.
What are you proud of?
To be a craftsman.
If you could go back, in which period of your life would you go?
To high school times. No obligations, and first loves.
What do you think about women?
All the best.
What is there after life?
Nothing. I’m both atheist and agnostic.
Are you happy?
Yes, I’m satisfied with my life. But I was happier before, because I was younger.